argument from arguments for atheism:religious experience 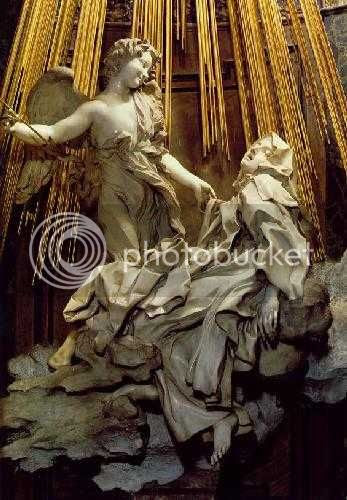 on the blog arguments for atheism.

ARGUMENTS FOR THE EXISTENCE OF GOD - ARGUMENT FROM RELIGIOUS EXPERIENCE

The Argument | The Refutation

They begin by asserting:

The Religious Experience Argument posits that one can only perceive that which exists, and so God must exist because there are those that have experienced him.

My arguments do not proceed from this premise. I make two arguments in the trace of God. The first proceeds from the reasonable assertion that we are warranted to trust our experiences, thus we are justified in believing on that basis.

The second argument is based upon the premise that our only rational epistemic assumption must of necessity be based upon the results of experiences. Since religious experiences are proven scientifically to correlate with positive outcomes we are warranted in assuming their reality.

We cannot produce direct observation of God, but we can find the "trace" or the co-determinate, the effects of God in the wrold.

The only question at that ponit is "How do we know this is the effect, or the accompanying sign of the divine? But that should be answere in the argument below. Here let us set out some general peramitors:

(2)The affects led one to a renewed sense of divine relaity, are transformative of life goals and self actualization

(3) Cannot be accounted for by alteante cuasality or other means.

Argument:
(1)There are real affects from Mytical experince.

(2)These affects cannot be reduced to naturalistic cause and affect, bogus mental states or epiphenomena.

(3)Since the affects of Mystical consciousness are independent of other explaintions we should assume that they are genuine.

(4)Since mystical experince is usually experince of something, the Holy, the sacred some sort of greater trasncendent reality we should assume that the object is real since the affects or real, or that the affects are the result of some real higher reailty.

(5)The true measure of the reality of the co-dterminate is the transfomrative power of the affects.

(1) No empirical evidence can prove the existence of the external world, other minds, or the reality of history, or other such basic things.

(2) We do not find this epistemological dilemma debilitating on a daily basis because we assume that if our experiences are consistent and regular than we can navigate in "reality" whether it is ultimately illusory of not.

(3) Consistency and regularity of personal experience is the key.

(4) religious experience can also be regular and consistent, perhaps not to the same degree, but in the same way.

RE of this type has a commonality shared by believers all over the world, in different times and different places, just as the external world seems to be perceived the same by everyone.

(7) therefore, we have as much justification for assuming religious belief based upon experience as for assuming the reality of the external world or the existence of other minds.

Many people have had what they label as religious experiences or revelations (experiences of the supernatural, like heaven or angels or even God himself), and if we believe the everyday experiential claims which people generally make, it is argued, then we should be willing to believe these claims as well. The fact that there are so many people who testify to having had such experiences therefore constitutes at least indirect evidence of God’s existence, even to those who have not had such experiences themselves.

Rather than just assume that all religious experience is equally unreliable we should base our claims upon the best most reliable evidence. This is what I do in

I deal with what is called "mystical experience. There is vast evidence, hundreds of studies over 50 years that demonstrate the universality of these experiences as well as the positive outcomes and life transforming effects of having had them,

this research is demonstrated by a study instrument called "them scale" by Ralph Hood Jr. U Tenn Chatenouga. Here is an essay I wrote on the religious href="http://religiousapriori.blogspot.com/2011/08/defense-of-m-scale.html">a priarithat demonstrates the veracity of the M scale. The scale has come to standard procedure for study of mystical experience in psychology of religion. to learn more and get a better understanding of the data read:The M Scale and the Universal nature of mystical experience".

The works of W.T. Stace are very influential. He shows that, as Ralph Hood Jr. put it, “within and eventually outside of the great faith traditions mysticism has flourished.”[4] Stace offers five characteristics that demonstrate the commonalities to mystical experience; these are characteristics that are found universally in all cultures and in all forms of mystical experience:

1. The mystical experience is noetic. The person having the experience perceives it as a valid source of knowledge and not just a subjective experience.

2. The mystical experience is ineffable, it cannot simply be described in words.

3. The mystical experience is holy. While this is the religious aspect of the experience it is not necessarily expressed in any particular theological terms.

4. The mystical experience is profound yet enjoyable and characterized by positive affect.

5. The mystical experience is paradoxical. It defies logic. Further analysis of reported mystical experiences suggests that the one essential feature of mysticism is an experience of unity (Hood, 1985). The experience of unity involves a process of ego loss and is generally expressed in one of three ways (Hood, 1 976a). The ego is absorbed into that which transcends it, or an inward process by which the ego gains pure awareness of self, or a combination of the two.[5]

In speaking of “mystical experience” we are not talking about visions or voices. We are not talking about miracles or God speaking to people. We are talking about “the sense of the numinous,” a sense of presence, a sense of undifferentiated unity of all things. The claim is often made that this is an unmediated experience of reality. The veil is taken back on the thing behind the façade and reality is experienced directly. The notion of an unmediated experience is debatable and not essential to an understanding of the experience. A couple of examples might be helpful. It’s helpful to understand that mystical experiences come in two forms, introvertive and extrovertive. Intorovertive experiences are without time and space; they are not keyed to any external landmark or visual que. They seem to be beyond word, thought, or image. Extrovertive experiences are often keyed to a land mark and seem like projecting a sense onto the image of nature. For example the sense that God is pervading the physical space in nature around which one views a scene in nature. Or a sense that all the natural landscape around forms some sort of whole that’s meaningful and indicative as an understanding of all reality.]

see link above. Of course I go into all o this much more deeply in the book.

The Refutation Back to Top

James never said any of that. But what if he did? Being in the 19th century didn't make him wrong (the verieties was 20th century anyway).

what he actually said was that all people have some degree of these experiences but its on a continuum. Robert Wuthnow in his ground breaking study of the 70s agreed as did C Wright Mills. That's covered in the Trace...as well.

I will deal with part 2 soon.

Ground breaking research that boosts religious arguemnts for God to a much stronger level. It makes experience arguments some of the most formidable.Empirical scientific studies demonstrate belief in God is rational, good for you, not the result of emotional instability. Ready answer for anyone who claims that belief in God is psychologically bad for you. Order from Amazon